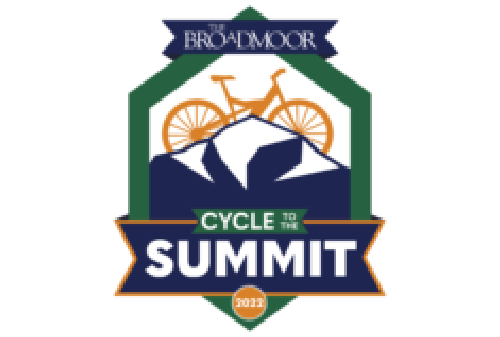 Broadmoor Cycle to the Summit

The Broadmoor Cycle to the Summit is a breathtaking bicycle race up Pikes Peak – America’s Mountain. Literally. Sanctioned by USA Cycling, this competitive style hill climb on August 13 consists of multiple medal categories giving cyclists of all skill levels the opportunity to take on Pikes Peak. Visit cycletothesummit.org for more details! Created in 2010, this year marks the 13th consecutive year of The Broadmoor Cycle to the Summit, an annual event of the Colorado Springs Sports Corporation. Cyclists will ride in a fully supported event that is 12.42 miles/20km long with a 4,725 ft elevation gain! At an elevation of 14,115′, Pikes Peak – America’s Mountain, is one of Colorado’s 54 fourteeners, mountains that rise more than 14,000 feet (4,267.2 m) above sea level, and the highest summit of the southern Front Range of the Rocky Mountains of North America. It is located within the Pike National Forest.  The mountain is named in honor of American explorer Zebulon Pike and is a designated National Historic Landmark.

0 replies on “Broadmoor Cycle to the Summit”