Celebrating Diversity In The Cycling Community

There is a cycling culture. People who ride bikes share similar beliefs, values, and traditions. Cycling is a sport that white people have historically dominated. However, some recent changes in cycling have allowed for more diversity and inclusion of black cyclists.

There have been several movements to promote cultural diversity within the cycling community. These efforts have proven successful.

For example, the article “The New Majority: Pedaling Towards Equity” challenges the cycling world’s stereotypes relating to cultural diversity.

Associations such as Multicultural Communities For Mobility, the Girls Bike Club, the Atlanta Bicycle Coalition, and Red, Bike, and green are working to ensure more bike infrastructure in all kinds of communities. In addition, these cycling teams are working hard to get people out riding bikes.

Cycling culture is about bringing people together, whether you’re a biker or not. It’s about being part of something bigger than yourself, and it’s about having fun.

Trek-Segafredo’s Quinn Simmons is a talented Classics rider who will play a key role in his team’s bid for glory this year. He’ll also be an integral part of the team’s campaign.

Simmons notes that “racism isn’t acceptable in any form. We should stand up against racism wherever we see it.” In this case, several pro cyclists made racist comments towards Kévin Reza. He was forced to leave the race because of these comments.

Racism is an issue that needs to be addressed by both athletes and society. Reza speaks out about racism in sports and culture. He also talks about the lack of unity among his teammates.

Racism is an issue in cycling. It’s not isolated to a few ugly instances but deeply embedded in the structure of the sport. The sport does not address racism. Racism continues to be perpetuated and encouraged by the lack of real punishments for explicitly racist behavior and talent development structures that keep the sport almost exclusively white.

Everyone has a story.

Rahsaan Bahati is an African cyclist who trains young people to ride bicycles. He founded the Bahati Foundation, which helps provide opportunities for inner-city youths to learn how to ride bikes. However, he says that things haven’t improved since he began racing. Bahari is a 10-time national champion, a brand ambassador for Giant, and a social impact manager at Zwift.

Justin Willams is a Belizean American cyclist and a rider-manager for the UCI Continental team L39ION of Los Angeles. He now works with other elite riders to help them reach their full potential. Williams won multiple amateur U.S. National Championships in track, road, and criterium as a teenager.

Ayesha McGowan is a professional road cyclist for Liv Racing and advocates for a better representation of people of color in cycling. A few months after she began competitive cycling in 2014, she discovered that no African American woman had ever been on a pro road tour team.

Josh Hartman has become one of the best track sprinters in America. After overcoming severe injuries from a cycling accident in 2012, he hopes to attend the 2028 Olympics.

Maize Wimbush is a 14-year-old competitive cyclist. She intends to become the first black female U.S. Olympic cyclist competing in the 2028 Olympics, held in the U.S.

The USA Cycling community includes individuals who hold a range of values, beliefs, and experiences. They are committed to creating intentional communities for cyclists. They will learn from each other and develop resources tailored to the specific needs of different groups within the cycling community, including women, people of color, LGBTQ+ people, disabled people, immigrants, refugees, and others. They will also share these resources with the broader cycling industry, especially those underrepresented in the industry. They will amplify and center marginalized cyclist voices in the cycling community and provide a safe space to share their experiences without fear of discrimination.

The Problem Starts at the Top

There are many challenges facing African cyclists. For example, they face many obstacles when getting visas to compete internationally. In addition, some people think that Africans don’t want to be professional cyclists because there aren’t any jobs after they retire.

African athletes can also experience racism while training abroad. One time, Bahati was riding through Parisian traffic when a car cut him off. The driver yelled, “go back where you came from,” at him.

Bahati says that he understands why people feel that way; however, Bahati thinks most people would like to see more diversity in pro cycling. Bahati says that the sport would be better if more races had multiple nationalities represented. It would give fans something new to watch.

Some teams are trying to increase diversity in cycling. For example, some groups have a goal of increasing racial/ethnic diversity in the sport. However, none of these teams are doing this by having specific quotas or policies.

Diversity is extremely low among professional cyclists. For example, only 3 out of 8 World Tour teams have black or female riders. In addition, there are no black riders in the women’s division.

Currently, there aren’t many black riders on the world tour. There are, however, some promising young black riders. Some up-and-coming talent includes Natnael Tefsahtsion and Henok Muluba, both part of the NTT development team.

Also, Biniam Ghirmay Hailu and Mulu Kinfe Hailemichael are two pros to keep an eye on — especially considering neither of them is over 21 years old.

The Problem Goes All the Way to the Bottom

Pro cycling doesn’t exist in isolation. To address diversity and include more people in the sport, cycling needs to create a pipeline for talented athletes who have been overlooked or ignored by other sports. This includes creating an environment that allows less-talented athletes to develop into better competitors.

One of the biggest problems is that cycling is a sport dominated by white males. The lack of diversity makes it difficult for non-white men to break into the sport.

Additionally, there isn’t much support for developing youth athletes. Most coaches only work with elite athletes. There are very few programs that train kids to become professionals.

Cycling should not be just about winning races. We need to create a culture where everyone feels welcome and included. If we do this, we’ll be able to attract more diverse athletes.

Diversity in Cycling: What Are the Next Steps?

To change this perception of whiteness in cycling, we need to do things differently. If one listens, you can start to hear and recognize there were voices in our communities that didn’t feel included and represented.

We Need Your Help!

Colorado Avid Cyclist is looking for volunteers to help us build our website. We need to hear from a variety of voices. If you want to share your experiences or thoughts, we encourage you to connect with us on our social channels and join in the conversation. 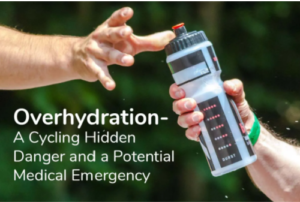 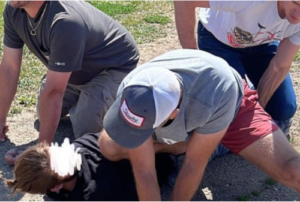 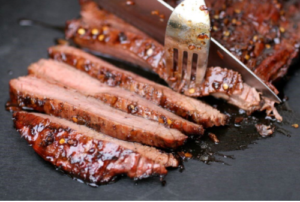 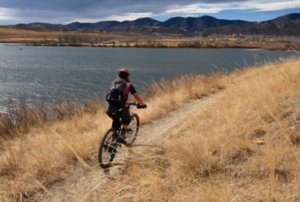 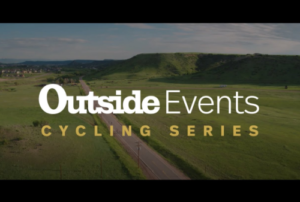 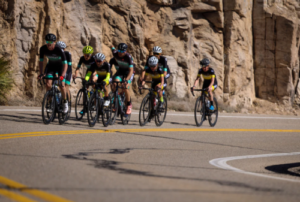